Advantages of the blockchain

At this point in the text, you may already be able to imagine the reasons for the blockchain to find space in applications other than Bitcoin. But let’s see some. We can start with security.

The blockchain structure makes the blockchain virtually inviolable. To successfully tamper with something, the attacker would have to control more than half of the nodes to make changes by consensus.

In the Bitcoin universe, at least, this massive control of nodes would require extremely large computational power. It is unfeasible, therefore. Changing a record would require rewriting virtually the entire database. Again, it’s unfeasible, not to say impossible. 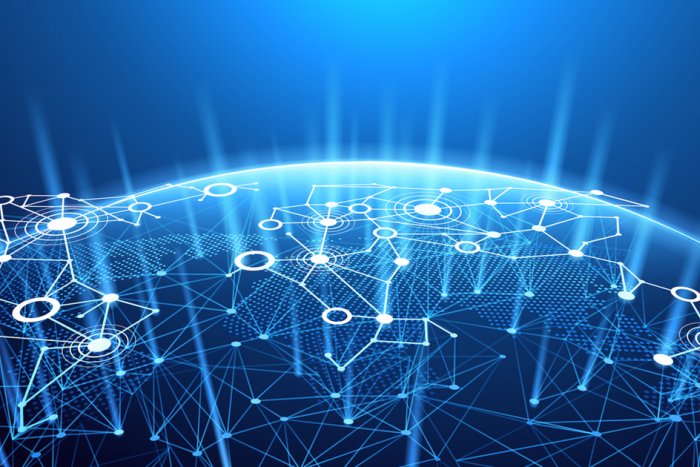 Availability is another big advantage. The distributed structure makes the system continue to function even if one or several nodes go down. When missing nodes come back to the network, they are immediately updated.

Let’s also think about reliability. As data on the blockchain cannot be deleted or altered, we are confident that the transactions recorded there are legitimate and healthy.

Another aspect to consider in the blockchain is transparency. Transactions are public, meaning that all nodes can check them. Encryption mechanisms mean that system users do not need to be identified, however it is perfectly possible to bind identities if necessary — this aspect helps ensure that only legitimate users are participating in the transaction.

Operating costs can also be lower compared to centralized computing systems. This aspect varies according to the application, but, in general, the distributed model implies sharing of processing and storage resources.

We already know that the blockchain is a fundamental part of Bitcoin, but we also know that the concept can be used in other applications. Okay, but which ones? Let’s go to some examples.

There are a growing number of banks and finance companies taking an interest in the blockchain. The industry has already realized, for example, that the technology can be used for payment transactions and money transfers. At least internationally, transactions of this type can take several hours to complete. The blockchain can make the process faster and, at the same time, provide more security.

As the data cannot be erased or tampered with, government systems can use the blockchain to combat embezzlement of public resources, facilitate auditing processes and prevent fraud in elections, for example.

All over the world, governments and companies in the financial sector are increasingly taking steps to combat the problem of money laundering. Because it is immutable, the blockchain can serve as a basis for these measures — which include the use of identity verification systems, transaction checks and detection of suspicious movement of resources, for example — become more reliable and difficult to be circumvented.

Registering users or customers in a blockchain system can combat identity spoofing, which would be useful, for example, for closing electronic contracts or transferring ownership.

The use of the blockchain is also being considered for patent and copyright management. By associating a work with a person, the system could, for example, help a company to check whether a specific individual is the author of the content he is offering.

As the blockchain is basically a distributed database, it is also possible to use the technology to distribute system documentation, user manuals, academic articles, digital books and the like. In fact, the blockchain can be used to share virtually any type of information.

The blockchain has been particularly relevant to a type of application that is gaining momentum: intelligent contracts ( smart contracts ). In this modality, a software creates contracts with specific terms and conditions according to the circumstances.

Consider, for example, a virtual store that uses different delivery services to serve customers across the country. For a closer customer, the system can consider the shorter distance to prepare a contract with a short delivery time. For customers who are further away, this same system can include in the longer term contract and the collection of any local tax, all automatically.

The blockchain can help this type of software to perform checks and register transactions that, among other benefits, will prevent the company from slipping in one or more clauses and suffering losses as a result.

Despite providing numerous advantages, it is not prudent to treat the blockchain as a magic solution, capable of solving, by itself, everything that is computationally demanding. This is because such a system can have “side effects”.

One of them may be the requirement of a large processing capacity or a network capable of handling large volumes of data: as the blockchain involves cryptographic procedures, a system of the type that is heavily accessed or with many nodes has a high chance of presenting overload.

To keep the system running smoothly, it may be necessary to spend considerable sums on computers that support operations or on network equipment capable of handling heavy data traffic.

Furthermore, depending on how the block chain is structured, the response time of certain operations can be long, a situation that tends to cause considerable bottlenecks if the demand for using the system increases.

Also take into account that, as time goes by, the blockchain can end up becoming “bloated” and, proportionally, slower.

Depending on the application, the operating cost of the blockchain can also be high. Factors such as development, training, safety and maintenance can make a solution of the type unfeasible if not carefully measured.

That’s why the development and deployment of a blockchain-based system needs to be well planned. Several scenarios must be considered to prevent bottlenecks, reduced efficiency or even security issues.

Therefore, it is important that a thorough study is carried out to assess whether the blockchain is really a good solution for a given application, how and under what circumstances it may be necessary to increase the system’s capacity, what procedures need to be adopted to prevent the technology from failing regulations or laws, such as ensuring that there are no outages and so on.