When you visit a bank for a financial transaction, you have to go through a process to prove yourself. Proof of identity can be through a driver’s license, social security card, or signature. In any case, this proof will allow only the parties to withdraw and transfer cash from their account. If someone else disguises himself as someone other than himself, that person should be arrested.

As we have already shared above, Bitcoin utilizes a public ledger, in which everyone records their transactions. So how can you prevent participants from secretly adding deals that benefit them? For example, if Cheol-su records in this public ledger that Young-hee transferred money to him, how can he prevent this false ledger?

To prevent this, the transaction must be announced to the network with a digital signature .

This digital sign is generated using a hashing algorithm and asymmetric encryption . 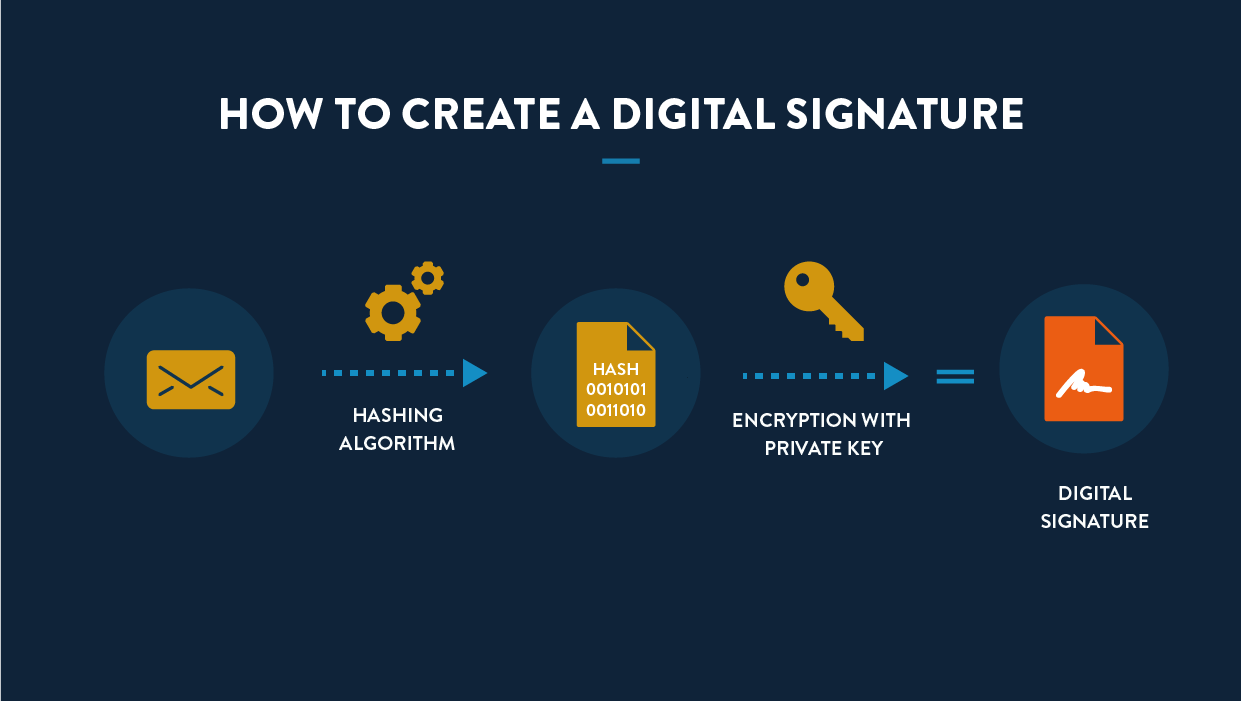 Hashing is the use of an algorithm that irreversibly transforms an input into a unique output of a fixed length. The hashing algorithm used by Bitcoin is SHA256, which means that the output, known as a hash or digest, is a number in 256 binary. (Ex. Consists of 0 and 1)

You can think of hashing as a mathematical technique that quickly transforms input values ​​into output values. However, it can be seen that it is virtually impossible to look at the output and determine which input was used to obtain the corresponding result.

Let’s try to use hashing in a more understandable analogy. Think of the input information as flour, sugar, and eggs, and the output information as a cake. The algorithm used acts as an oven, turning the raw material into a finished product. From the result alone, it is impossible to know which raw materials were used and how much each material was used.

To create a digital signature, the network published the message first be hashed it . After that , the hash must be encrypted .

Bitcoin’s goal is not to send private messages. It should be remembered that the ledger was made public. Nevertheless, asymmetric encryption is still that the message is exactly the person by the transfer that ensures , at the same time, the message is in the middle of damage or tampering that no guarantees

Suppose Younghee wants to send 1 bitcoin to Cheolsu. To do this, Younghee needs to announce two facts to the network.

Afterwards, the withdrawal authenticates this transaction in the following way: 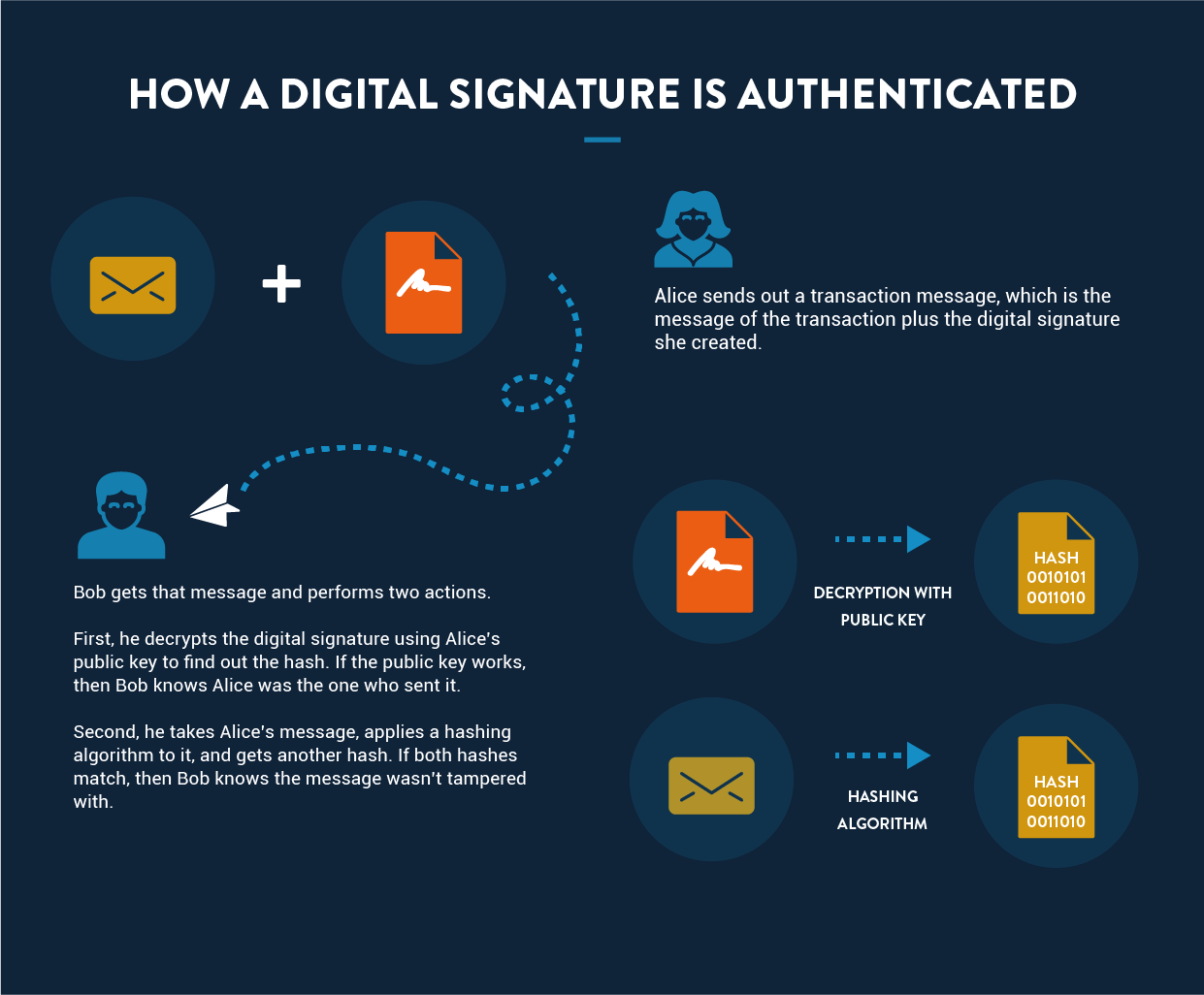 Since both hashes are derived from the same message, they must be the same. If these two hashes are the same, the message has been proven not to have been tampered with. Since Cheol-su was able to decrypt the hash message using Young-hee’s public key, Young-hee is the only person with access to his private key, proving that the message came from Young-hee. Are you interested in Bitcoin?… 04 easy questions and 04 answers Another implementation of blockchain